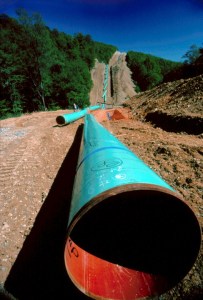 The lack of pipeline infrastructure in the northeast has resulted in some of the highest electricity rates in the nation for families and business—and it will only get worse, according to a new report by the U.S. Chamber’s Institute for 21st Century Energy.

The latest installment in the Energy Institute’s Energy Accountability Series asks the question: “What if pipelines aren’t built into the northeast?” In the states examined, the report finds that the lack of additional pipeline infrastructure would cost over 78,000 jobs and $7.6 billion in GDP by 2020.

“Environmental groups seeking to ‘keep it in the ground’ are fighting to block virtually every project that would bring additional natural gas into in the northeast,” said Karen Harbert, president and CEO of the Energy Institute. “As a result, residents in the northeast are paying the highest electricity rates in the continental United States, with no relief in sight if infrastructure is not built. High energy prices are costing the region jobs and income, so maintaining the status quo will be painful.”

According to the U.S. Energy Information Administration, Connecticut has the third highest electricity rates in the nation, while Massachusetts ranks fourth, Rhode Island is fifth, New Hampshire ranks sixth, New York is eighth, Vermont is ninth, New Jersey is tenth, and Maine comes in at eleventh.

Meanwhile, continued development of shale oil and gas in Pennsylvania, Ohio, West Virginia, and elsewhere has helped reduce U.S. dependence on foreign energy and brought back thousands of manufacturing jobs. However, the lack of access to markets in the northeast will cost those states jobs and revenue, which is also covered in the report.

The resources they produce could be used to relieve capacity problems in the northeast, but continued legal challenges and political opposition have stalled or slowed planned infrastructure projects such as the Constitution Pipeline and Access Northeast pipeline.

“As the regulatory and price environment continues to encourage the use of natural gas, northeast states will find themselves increasingly starved of the energy needed to power the economy and keep the lights on,” said Harbert. “Our analysis demonstrates that there is simply not enough capacity to meet demand, and families, consumers, and businesses will all pay the price.”

The inputs were run through the IMPLAN model to estimate the overall macroeconomic effects of preserving the status quo, which effectively prevents new pipeline infrastructure from being developed in the region.