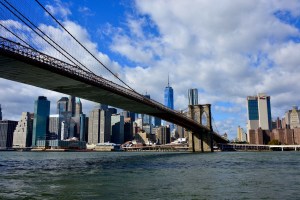 Williams’ Northeast Supply Enhancement project reached a major milestone March 23 when it received notice that that the Federal Energy Regulatory Commission (FERC) has issued the draft Environmental Impact Statement (EIS), concluding that environmental impacts would be reduced to “less than significant levels” with the implementation of mitigation measures proposed by the company and FERC.

The Northeast Supply Enhancement project will provide additional gas supply to National Grid – the largest distributor of natural gas in the northeastern United States. National Grid estimates that with the added capacity provided by the project, natural gas could displace the equivalent of 3,005,797 gallons of heating oil, reducing CO2 emissions by up to 2.4 million tons per year.

The draft EIS assesses the potential environmental effects of the construction and operation of the project in accordance with the requirements of the National Environmental Policy Act. The FERC is the primary approval agency and serves in a coordinating role with other relevant federal and state agencies.

The United States Environmental Protection Agency, the United States Army Corps of Engineers and the City of New York participated as cooperating agencies in the preparation of the draft EIS.

Williams owns and operates the Transco pipeline, which delivers about half of the natural gas consumed in New York City and the state of New Jersey. The Northeast Supply Enhancement project will provide additional service to National Grid – the largest distributor of natural gas in the northeastern United States. Once complete, the project will serve growing natural gas demand in the Northeast, including the 1.8 million customers served by National Grid in Brooklyn, Queens, Staten Island, and Long Island. Last spring the company filed an application for a Certificate of Public Need and Necessity for the project with the FERC, proposing the place the project into service by late 2019 / first half of 2020.