In the early 1940s, virtually all petroleum consumed on the East Coast arrived via ocean tankers from Venezuela or the Gulf Coast.

That is, until German submarines began sinking the tankers, destabilizing American energy supplies.

As World War II broke out, the United States turned to Williams for a safer, more secure system to fuel its defense plants in the Northeast. The result – the War Emergency Pipeline systems, also known as Big Inch and Little Inch.

Big Inch and Little Inch not only solidified Williams’ reputation as the world’s foremost pipeline firm, it also drew honors and accolades from U.S. military. Williams became the first pipeline company to receive the Army-Navy “E” Award for “outstanding performance in wartime construction.”

That commitment to service continues today, as veterans comprise about 10 percent of our workforce. 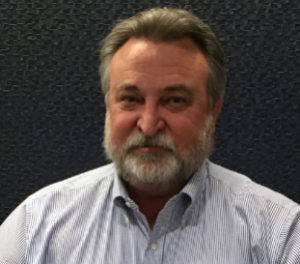 “When I think of veterans and the most valued traits they bring to a company and work environment, I think of leadership, discipline, situational awareness, adaptability, and esprit de corps,” says Doyle R. “Bud” Rains, director of projects, Construction Management. “Most of the experiences that a veteran will gain on active duty will never be matched in the civilian world.”

“Veterans have been groomed to take an active role in achieving their objective. This is Job 1 in the United States military. We have the most effective and elite fighting force in the world because individuals are expected to reach higher and achieve greater levels of responsibility.”

A good example is operations technician Kirk Edwards, who joined Williams after serving 20 years in the U.S. Air Force, retiring as a technical sergeant. Kirk’s Air Force background instilled in him the “safety first” mindset essential to working at Williams. 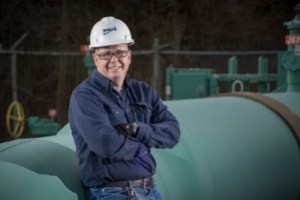 “My mechanical background is what I believed helped me secure my job with Williams,” Kirk says. “Additionally, attention to detail and safety was always imperative when working with military aircraft. During my interview process, I was asked about how I viewed job safety. The fact that it had been drilled into my daily routine for 20 years meant that I knew it always had to come first.”

Kirk believes his military training has a direct impact on Williams’ reliability in serving customers.

“Our customers rely on us to deliver the energy that makes their lives move. The attention to detail is imperative to ensure that we do not interrupt the flow of natural gas, while ensuring the safety of each other and our neighbors.”

Well beyond their active military service, Williams’ veterans continue to help ensure our country’s security through safe, reliable energy supplies – just as their predecessors did in building the War Emergency Pipelines all those decades ago.

Portions of this article reprinted by permission of Search & Employ® magazine, published by RecruitMilitary.