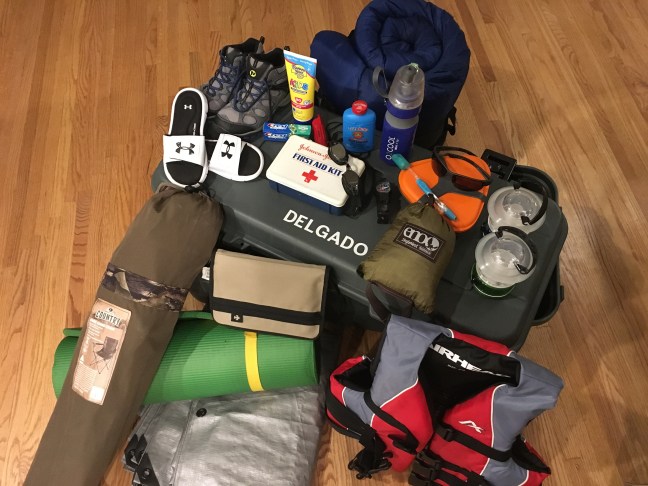 I’m no chemist, but I’m going to estimate that about 80 percent of the items on the packing list for Boy Scout camp are made of natural gas byproducts. All of the items in this photo were once simply hydrogen and carbon atoms locked under the earth’s surface.

Most people don’t know it, but so many of the products we use every day come from the natural gas stream. Most think of natural gas as a fuel source for heating homes, warming water and cooking food. But the methane you use in your house (CH4 – that’s one carbon atom and four hydrogen atoms) is just one part of the natural gas stream – typically 70 to 90 percent.

When natural gas is considered “dry,” it’s mostly pure methane, which goes to your house if you have gas service.

When other hydrocarbons are present, natural gas is considered “rich” or “wet” and typically contains liquids like ethane (C2H6), propane (C3H8) and butane (C4H10). These liquids represent up to 20 percent of natural gas’s composition and are usually sold separately or used in the manufacture of plastics. There’s also carbon dioxide, oxygen, nitrogen and other gases that get removed in the process.

To continue the chemistry lesson, maybe you’ve heard of polyethylene – the most common plastic? How about polypropylene? Think fleece jackets.

So now you can see how it’s all connected. For more information on the chemistry of plastics, visit the American Chemistry Council.

Summer camp just wouldn’t be the same without natural gas and a little chemistry!

Sara Delgado, a communications specialist and 20-year Williams employee, wrote this post. This is part of an occasional series called #Natgas Mom.