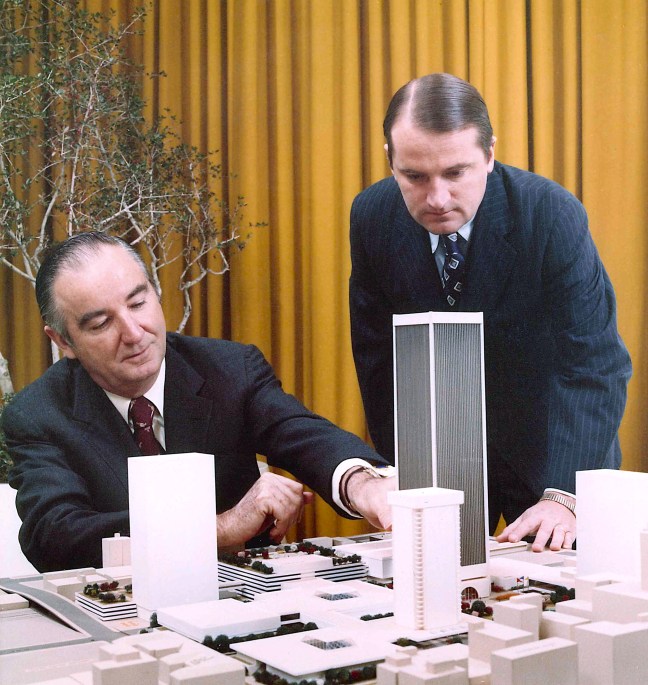 As Williams celebrates 100 years in Tulsa, we look back on how John Williams, former CEO and nephew of the founders, changed the face of downtown.

What started as Williams Brothers Company in 1918 over time evolved into the Williams Companies, with interests in energy, agricultural chemicals, fiber optic communications, mining and more.

During his tenure, John instilled a spirit of philanthropy and employee volunteerism throughout Williams. “Support for our communities” became a leading tenant of Williams’ Core Values and Beliefs.

In the mid-1970’s, downtown Tulsa, like many American cities, was beginning to decay. Suburban communities and shopping areas were drawing business and vitality away from city centers. As visionaries, John, along with Joe Williams, who would succeed him as CEO, led the charge and marshaled community leaders to redevelop downtown.

Under their leadership, the face of downtown Tulsa was forever changed. Streets were closed, and parcels of land were combined to create the Williams Center – nine square blocks that included a 52-story tower that still serves as our headquarters building, the Tulsa Performing Arts Center, a hotel, Williams Center Green and the upscale Williams Center Forum shopping center, complete with a state-of-the-art movie theater and ice-skating rink.

While the Forum was eventually turned into office space for Williams, the overall development set downtown Tulsa on a trajectory of progress. Other developments followed, including the Williams South I and II office towers, one of which is currently home to the Tulsa Regional Chamber, and a 19-story building adjoining our tower that is now Tulsa’s City Hall. 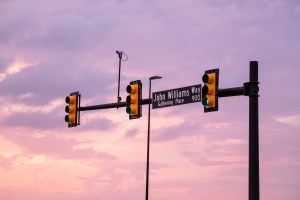 The main entrance to Tulsa’s Gathering Place boasts the name of John Williams.

John’s community leadership and influence are still felt even after his passing in 2013. Shortly before he died, the 94-year old former Williams CEO encouraged current management to support Gathering Place, a transformational riverfront park located along the Arkansas River. Williams Lodge is the park’s main welcome center, and John Williams Way is the main road winding through the grounds.

Watch John talk about the construction of the Williams tower: