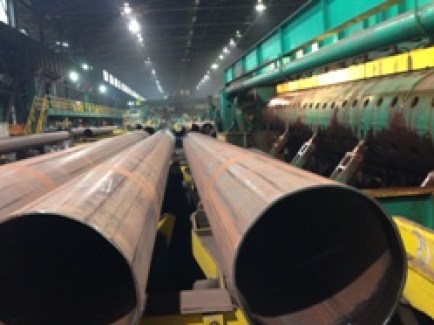 The first sections of steel pipe planned to be used during the proposed construction of the Constitution Pipeline have been manufactured at a steel mill in Steelton, Pa.

Dura-Bond Pipe of Export, Pa., has manufactured about 33 miles of 30-inch pipe. The pipe is currently being stored at Dura-Bond’s pipe yard in Pennsylvania.

The pipe, which cost $20 million, represents a direct economic benefit for the state of Pennsylvania by the Constitution Pipeline project.
A study developed by a third-party research firm found that of the $683 million spent by Constitution Pipeline Company during the initial three-year planning and building process, approximately $233 million in goods and services would be purchased in Pennsylvania and New York, generating about $3 million in sales tax revenue.
In addition, once the pipeline became operational, it would result in $13 million in new annual sales, income and property tax revenue.