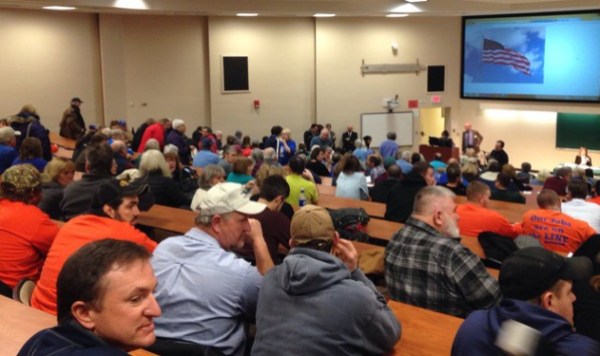 About 475 people participated in the NY DEC public meeting in Oneonta, N.Y.

Thank you to everybody who came out to the hearings with the New York State Department of Environmental Conservation earlier this month. We were very impressed with the great turnout at these meetings everybody’s willingness to participate in the discussion.

The NY DEC hearings were for the water body crossings permits. This was a forum that allowed the public to comment on record.

Here’s a quick recap from the hearings:

Thank you to our supporters who came out to the meetings and provided comments.