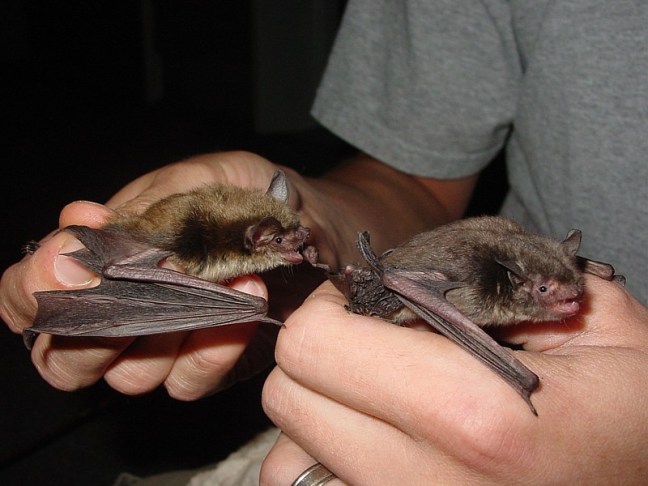 The Dalton Expansion Project has created a unique opportunity for Williams to support efforts to protect three threatened or endangered species of bats in northwestern Georgia.

Williams is working with the U.S. Fish and Wildlife Service and the Georgia Department of Natural Resources to develop multiple conservation projects to mitigate potential impacts from the construction of 113 miles of pipe across portions of forested bat habitat.

One of those projects is helping underwrite an innovative program being developed by researchers at Georgia State University (GSU) to treat bats threatened by a deadly disease known as white-nose syndrome.

White-nose syndrome is estimated to have killed more than six million bats in the eastern United States since 2006, and can kill up to 100 percent of bats in a colony during hibernation.

GSU researchers are pioneering a new program to save bats from white-nose syndrome by delivering mass treatments to entire mines or caves used by bats as winter roosts. Treatments are administered using a patented device which fills the space with an anti-fungal aerosol designed to prevent the white-nose syndrome from developing.

“This is a tremendous opportunity to help partner on such a ground-breaking program,” said Williams Environmental Specialist Brent Simmons. “GSU scientists are at the forefront of research into methods of preventing white-nose syndrome from having such a devastating effect on these threatened or endangered bat populations.”

In addition, Williams is providing funding to help expand the 19,000-acre Paulding and Sheffield Forest Wildlife Management Areas by 217 acres in Polk County. The additional acreage will add important conservation habitat for bats in northwestern Georgia.

“Bats in this area use a variety of tree types for roosting, including snags and crevices in live trees,” said Simmons. “This new land tract will add important bat habitat due to the wide variety of trees it contains. The quality habitat provided by this tract is critical to the survival of these threatened species outside of their winter cave environment.”