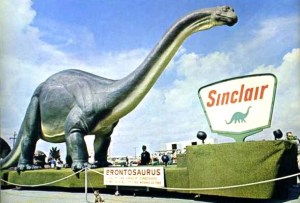 Can that smartphone in your hand trace its roots back to a Brontosaurus dinosaur? Some 1920s era scientists apparently thought fossil fuels were the remains of dead dinosaurs. That may explain why an energy company (Sinclair Oil) adopted a big green Brontosaurus (called Dino) as the company’s official mascot back in 1930.

Yes, smartphones are made of plastics the petrochemical industry derives from natural gas liquids, but no, Dino the dinosaur did not ultimately evolve into your iPad.

The U.S. Department of Energy explains it this way, “Contrary to what many people believe, fossil fuels 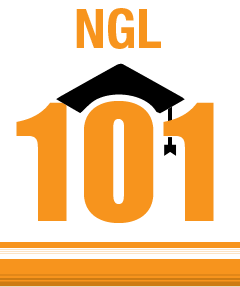 Weird looking animals and plants lived on the land and in the waters and when they died, their decayed matter eventually became trapped under sand and silt over millions of years. The sand and silt eventually changed to rock and the resulting heat and pressure turned the organic materials (not former dinosaurs) to oil, gas and natural gas liquids (NGLs). In cooking up these hydrocarbons, the thick liquid called oil formed first. But over time, the cooking process of the organic material under the layers of silt became natural gas.

Natural gas withdrawn from a well may contain liquid hydrocarbons. This gas is called “wet” gas and means the gas stream contains NGLs.

The natural gas, or methane, is separated from these liquid components near the site of the well or at a natural gas processing plant. The gas is then considered “dry” and sent through natural gas transmission pipelines, to local distribution companies and, eventually, to consumers. NGLs can be found in a barrel of crude oil too.

NGLs consist of ethane, propane, butanes and natural gasoline (pentanes). They are kept in a liquid state for storage, shipping and consumption.

These naturally occurring hydrocarbons have a variety of uses across the economy including plastic production, heating and cooking, and gasoline blending. These NGLs are the valuable building blocks of everyday products ranging from plastics, car bumpers, and toys to adhesives, instrument lenses and various medical supplies to name just a few.

But as cool as it would be to say all of these products sort of emerged from dinosaurs, it would not be accurate even if it must have been great fun to see Sinclair’s Dino and the big dinosaur exhibit at the 1964 World’s Fair in New York. 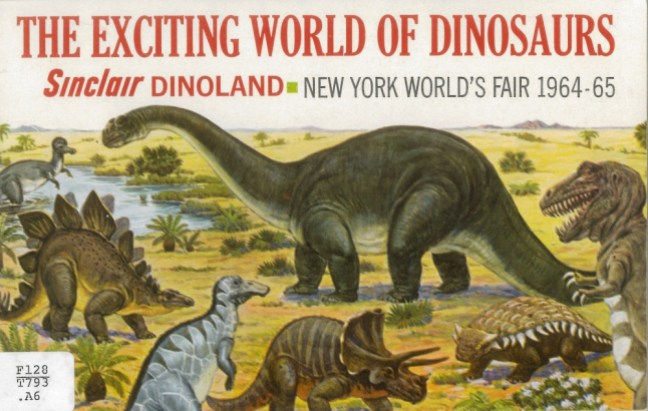