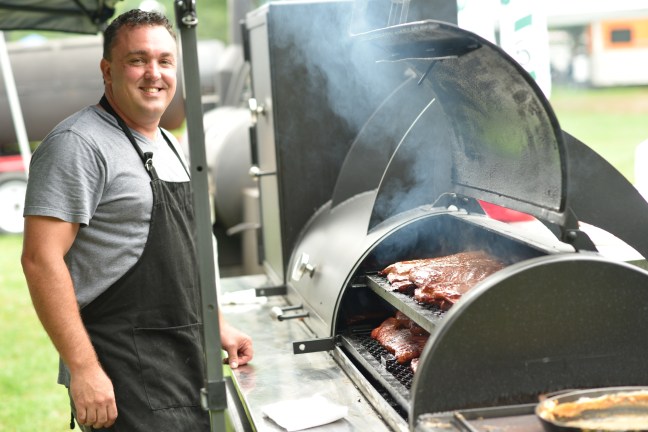 The chief QIS Team cook attends to his smoker.

The event is held each year to raise funds for local chapters of the United Way and represents Williams’ commitment to supporting the communities where our employees live and work. Eligible proceeds raised at the cook-off, held as part of our Tunkhannock office annual United Way campaign, will be matched by Williams.

Twenty five cook teams entered the competition to have their best barbecue recipes judged in three categories: Pulled Pork, Beef Brisket or BBQ Ribs. While friendly, the competition is fierce and the Williams’ cook-off is becoming a premiere BBQ competition in the northeast. Several cook teams arrived the day prior to smoke their meat overnight, diligently working to maintain just the right temperature to bring out the unique mesquite flavor they hoped would clinch victory. “We need to keep our smoker at 215 to 220 degrees overnight to get it right” stated one chief cook as his teammate added more wood to the fire.

Each cook team had their samples judged by hundreds of discriminating judges. Over forty five V-I-P judge teams entered to sample and judge barbecue this year. In addition to sampling meat, all participants at the event had the opportunity to network with natural gas industry leaders, share business cards and enjoy the camaraderie of friendly competition.

The competition also included the fun-filled People’s Choice category, which allowed anyone attending to play a part in the judging by donating cash to the team who’s barbecue they enjoyed the most.

3rd Place – Too Sauced to Pork

“Our 5th Annual BBQ Cook-Off was the largest to date and we are very pleased with the attendance and fundraising” stated Mike Atchie, Williams’ Manager of Public Outreach. “An event like this requires a great deal of planning and volunteerism and Williams’ employees certainly came through again this year” Atchie added.

Any unused meat from the competition was promptly donated to a local food pantry. 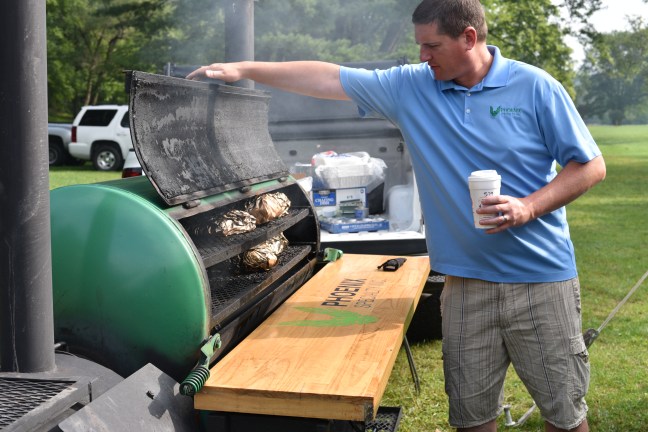