Bloomberg: Can the U.S. become an energy superpower in 2017? | Williams Companies 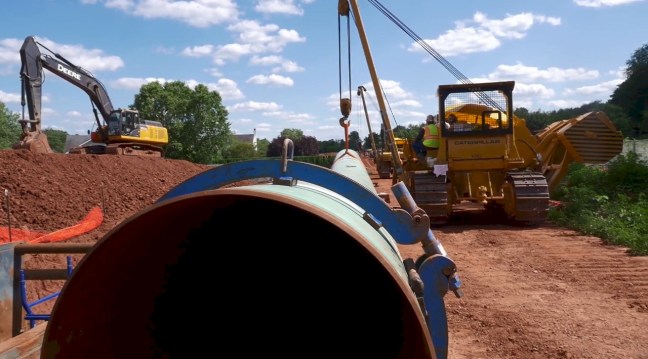 An article published Nov. 30, in Bloomberg News asks the question, ‘Can the U.S. become an energy superpower in 2017?’

Authors Dave Merrill and Christine Buurma point to the country’s natural gas shale boom, the construction of new bidirectional pipelines and the emergence of LNG export opportunities as reasons for optimism that America may be on a path to becoming a global gas powerhouse.

According to the article:

“Just a decade ago, gas supplies from conventional wells were drying up. Major energy companies such as Exxon Mobil Corp., BP Plc and Chevron Corp. were planning to spend billions on gas import terminals to offset the decline. The technique known as hydraulic fracturing, or fracking, changed everything for gas drillers, allowing them to pull the fuel out of layers of shale rock and touching off the U.S. shale revolution.”

The article continues that in order to get the gas to the Gulf Coast, pipelines are being re-engineered to flow south. Good examples of this are Williams’ Atlantic Sunrise and Dalton expansion projects. In addition, thousands of more miles of bidirectional pipelines are slated to be online in 2017.

“America’s frackers are pulling 18 billion cubic feet of gas per day from the Marcellus shale formation in the eastern U.S., more than any other domestic shale deposit. But the U.S. pipeline system was designed only to move gas from the Gulf Coast to cities in the Northeast—not the reverse.”