Being a private person, Pete Dominguez didn’t say much when his wife Karen was diagnosed in February with a form of cancer known as multiple myeloma and chronic lymphocytic leukemia. It is Karen’s third battle with cancer over their 36 years of marriage. 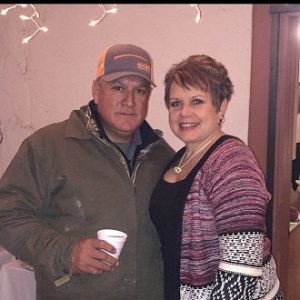 As one of the supervisors of Operations in the Barnett Shale, Pete allowed general manager Steve Johnson to share the news with the Barnett team at a safety meeting.

“While we had individually reached out to Pete and offered him our support and prayers, it wasn’t until we received an email regarding a fundraiser his daughter had organized that we realized the family had some urgent needs,” said Amy Gonzales, budget analyst in the Arc Park office in the Fort Worth area.

The cornhole tournament, luncheon and raffle raised more than $4,000 for the Dominguez family.

The team jumped at the chance to help Pete and his wife with a fundraiser of their own – a cornhole tournament and gumbo lunch.

The response was overwhelming with nearly 100 percent participation from the Williams employees in the Barnett. The event, held in November, raised more than $4,000 to help the Dominguez family with medical expenses. 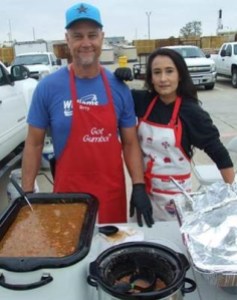 Terry Harris and Amy Gonzales served up some great gumbo.

“Pete is well known and respected in our area, so it wasn’t a surprise when our customer Total and vendor Midcon contributed to the success of our event,” Amy said.

Pete was grateful for the outpouring of support and for the help from his three daughters, especially Jessica Hoffman.

“I have truly been blessed with all of the support,” Pete said. “With the stress that goes with a cancer diagnosis, having a little financial relief is truly a blessing.”

His wife Karen echoed his thoughts.

“With all that is going on in the world right now and the holiday season approaching, I am truly thankful that they took time to think of me and my family,” Karen said. “I feel so blessed to be surrounded by such thoughtful and good people and comforted that my husband works with these great people.”

Pete’s manager Brad Heath says this type of response is the norm for the Barnett team.

“This is an extraordinary group of people that have a common desire to help those in need,” Brad said. 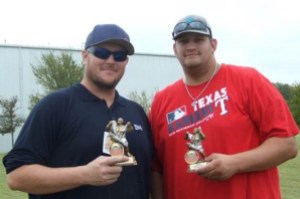 Each participant made a donation for the gumbo lunch and brought side dishes and desserts. There was an entry fee for the cornhole tournament and lots of great prizes donated for a raffle.

“We pride ourselves on being servant leaders in the surrounding communities in which we live and work,” Amy said. “Therefore, it was without hesitation that we jumped at the opportunity to help one of our own. We spend so much time together at work that we have grown to be more like family than colleagues.”