Leaving the ladder down to foster inclusion | Williams Companies 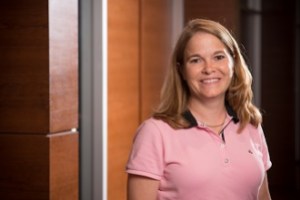 Cherie Humphries was awarded the Randy Barnard Leave the Ladder Down Award.

Each year, Williams makes an effort to recognize leaders who go above and beyond to create an inclusive work environment in which everyone feels respected, valued by and connected to through its Randy Barnard Leave the Ladder Down Award.

This year, Cherie Humphries, Vice President of Supply Chain and NGL Services, has been awarded this honor. “Cherie is always a champion of inclusion and collaboration across Williams,” said John Dearborn, Sr. Vice President, NGL & Petchem Services, and Humphries’ direct supervisor. “Her willingness to help others through mentoring and community committees is greatly appreciated.”

Williams awarded the first Leave the Ladder Down Award in 2008 to Randy Barnard, then Senior Vice President of Williams Gas Pipeline. The award, given annually, was created by the Women’s Business Resource Group to recognize a leader who fosters an environment that attracts a high-performing and diverse workplace. The award was renamed after Barnard following his death in 2012.

Humphries also is active outside Williams. She has previously served in board roles at Oklahoma State University’s School of Civil Engineering and College of Engineering, Architecture and Technology Women’s Program. She serves on the board of the Oklahoma Women’s Coalition and was a driving force in the development of the Tulsa Regional STEM Alliance, where she continues to lead several advisory groups.

“Mentoring people is where I get my energy,” she said. “It’s one of the most important things we do as leaders – developing people for the bench creates a pipeline of talent ready for when opportunities arise.”