Competitive swimming is a family affair in Wyoming | Williams Companies

With the large number of lakes, ponds, creeks and rivers running through Wyoming, and with drowning being the number two cause of death in the U.S., the ability to swim is an essential life skill. This is a skill that Timer Penrod, senior operations technician in Douglas, WY, and his family take seriously. 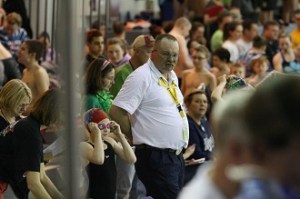 Penrod and his family are actively involved with USA Swimming (USAS) on multiple levels. Penrod officiates at swim meets, he and his wife are coaches, and their son is a swimmer.

Most officials in the USAS program volunteer their time, as well as some coaches. Even though it is volunteer, all coaches and officials are required to undergo a background check, obtain a nonathletic membership from USAS and complete testing in order to gain certification. Additional clinics and testing are required every year to two years to maintain certifications. Coaches are required to be CPR and first aid certified, and Wyoming currently requires their officials to officiate a minimum of six sessions per year or at least one clinic every two years to keep their certifications. 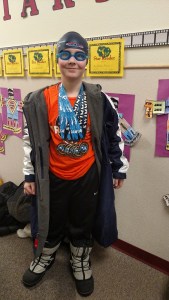 Penrod has stepped back a bit on his coaching activities so he can be a substitute on his son’s team when an extra hand is needed on deck.

“Having my son participating in swimming competitively and being a former swimmer myself has really renewed my interest in the sport,” Penrod said.

This renewed interest has had a positive impact on the entire family from a wellness perspective as well. Penrod said that not only is he swimming more often, but his family also has started a dryland program where they work with a personal trainer once a week. The program includes walking, weight lifting and an introduction to TRX training, which has helped him trim his waist and strengthen his core.

In addition to Penrod and his family, there are multiple other Williams employee families across the state who participate in USAS: 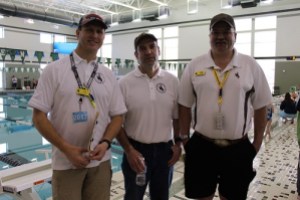 “Basically, swimming is a sport for all and represents every age group, ethnicity and background. It’s a sport for life,” Penrod said.