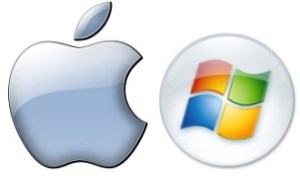 In a blog post titled, “The Tech Sector’s Natural Gas Play”  Meyer reports that Microsoft Corporation and Apple are each integrating natural gas into the design of new corporate facilities.

He writes, “First up is the Microsoft Corporation, which announced that it is constructing a first-of-its-kind natural gas datacenter. In partnership with McKinstry and Cummins, the tech giant will install a 20-rack datacenter in Seattle, WA that utilizes natural gas fuel cells. The company says this approach could transform how it powers its servers.”

Increased energy efficiency, reliability and resiliency are listed among the benefits of  natural gas utilization by Microsoft.

He also describes Apple’s new corporate headquarters in Cupertino, CA., which is to be run on 100 percent renewable energy.

“How exactly does the company accomplish this? The new campus will feature on-site rooftop solar and a mix of offsite purchases and credits. However, a closer examination of its plans shows that natural gas infrastructure is how Apple gets to 100 percent.”

The blog notes that Apple will utilize the existing natural gas utility distribution system to power its on-site fuel cells but will purchase biogas credits to reach its renewables goal.

Meyer says that both projects offer unique insights into different ways that large companies are trying to meet their environmental goals while maintaining energy reliability.