This Veterans Day we extend a special salute to all veterans as a gesture of our respect for those who have selflessly served in the armed forces.

At Williams, we’re proud that one in every 10 of our employees is a military veteran. Willingness to serve often carries forward as many continue their legacy of giving in civilian life. This community-minded attitude is a natural fit with Williams Core Value & Belief to recognize and enthusiastically accept our responsibility to the communities we serve.

While we could site hundreds of examples, today we’d like to recognize just a few of our veterans here at Williams for their past sacrifices and continued service to others.

A third-generation army man and 1993 graduate of the U.S. Military Academy at West Point, Bill served a combined eight years of active and reserve duty as an Engineer Officer with the U.S. Army. He commanded platoons in the First Cavalry Division, Fort Hood and Army National Guard in Albany before his last assignment in the 75th Division Combat Simulation Brigade in Houston. Now, Bill has transitioned his military skills and strong sense of duty to his current role as Director of Projects for Gathering and Compression at Williams where he’s successfully applying his leadership and project management strengths.

As Chair for Williams’ Veteran Business Resource Group (BRG), Bill volunteers his time to help the company develop programs that support other employees. A primary focus of the BRG is to help fellow veterans recognize their unique talents and transition their military experiences into civilian careers. The group also prioritizes and supports volunteer efforts that center on past and present military members and their families, for example “Greenlight a Vet” was implemented in the Pittsburgh office to show visible support for veterans by placing a lamp at the office entrance.

“It’s my pleasure to chair the BRG,” says Bill. “Not only are we able to provide opportunities to lend a hand to fellow soldiers as they navigate the next phase of their careers. We’re able to strengthen Williams through accountable, adaptable employees who understand and embrace our rigorous focus on safety and execution.”

Heather completed ten years with the U.S. Air Force in 2010 where she began her time as a Fuels Technician for Petroleum, Oil and Lubricants then later as a Paralegal for the Judge Advocate General (JAG). Heather joined Williams earlier this year as a Measurement Data Specialist where she relies on her technical and analytical experience to monitor meter usage on a segment of our pipeline. 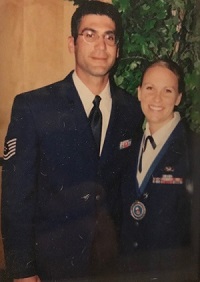 Outside of work, Heather enjoys giving back where she can. She and her mother hold an annual tradition of volunteering to prepare holiday meals at various area women’s shelters. Additionally, Heather coaches youth baseball through the City Recreation Little League with her husband Ken, also a U.S. Air Force veteran with 21 years of service.

“Joining the Air Force was life changing,” says Heather. “Signing on at age 17, I truly believe the great life I enjoy today is a direct result of the experiences I gained during my time in service. By reaching out to help people, even in small ways, I think I’m able to give a little back to the Air Force. I owe so much to that experience and I want to be an example of the good it brings out in people.”

Jesse ended his six years of service to the U.S. Army in 2001 where he was an Automated Logistics Specialist. Now, Jesse puts his experience to work at Williams as a Senior Construction Manager for the Atlantic-Gulf Operating Area. 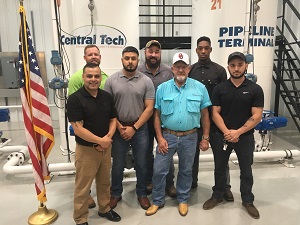 Charged with filling our construction labor needs for the area, among other things, Jesse launched a Veteran VIP training program. With the program, veterans are able to complete training that enables them to provide contract services to Williams in the form of construction inspection, often opening the door for graduates to begin their civilian careers.

“By supporting this program, we’re able to tap into some really great talent,” says Jesse. “During the last training program, we certified a marine veteran whose grit truly exemplifies the American Veteran. We noticed he was walking to the training facility. When asked if he needed transportation he shared that he recently lost everything in the Houston hurricane. What’s inspiring is that he didn’t let that stop him from taking a bus to Oklahoma to participate in the program. We’re appreciative of his initiative and his service. It’s rewarding to feel like we are playing a small part in helping fellow Veterans take their first steps toward a great civilian career in our industry.”

Thank You to These Wonderful Veterans and Others Like Them

To our veteran colleagues and those around the globe, we thank you and your families for your willingness to give!