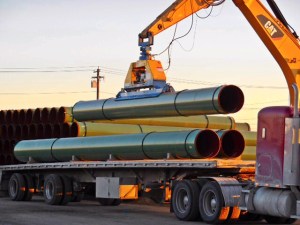 Williams CEO Alan Armstrong was among those quoted in a recent Wall Street Journal article highlighting the need for additional natural gas pipeline infrastructure in the U.S.

In the feature story published July 8 titled, “The U.S. Is Overflowing With Natural Gas. Not Everyone Can Get It,” Armstrong and others help tell the story of a country awash in natural gas, but lacking the necessary energy infrastructure for all regions to benefit.

“U.S. gas production rose to a record of more than 37 trillion cubic feet last year, up 44% from a decade earlier. Yet the infrastructure needed to move gas around the country hasn’t kept up. Pipelines aren’t in the right places, and when they are, they’re usually decades old and often too small. The result, despite natural-gas prices that look low on commodities exchanges, is energy feast and famine.”

The story notes that with U.S. homes, power plants and factories using more natural gas than ever, the uneven distribution of the shale boom’s bounty means that consumers can end up paying more or even become starved for fuel, while companies that can’t get it to market. It adds that absent cheap natural gas, dirtier fuels like oil and propane continue to keep the heat on during the cold winter months in many parts of the country.

“And with limited pipelines to smooth the distribution of gas around the country, price spikes have become wild. In 2018, natural gas prices in New York City surged as high as $175 during a snowstorm that spurred record heating demand. A week later, they returned to about $3. Though prices in northern Washington hit a historic $200 this year, more recently they traded at less than $2 as regional stockpiles were replenished and winter demand dissipated.”