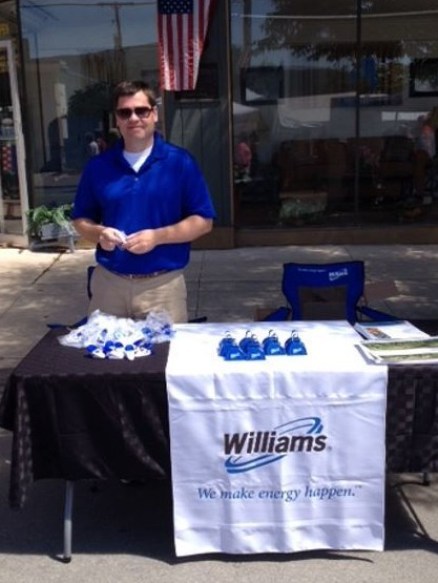 We had a great time at Tunkhannock’s 33rd Annual Founder’s Day  this past weekend.

Our company was one of the sponsors of the event and many of our employees attended. We also had a booth where we provided information about Williams’ current projects.

The event was coordinated by the Tunkhannock Business and Professional Association and it featured more than 150 vendors.

We also saw the live mural drawing at Ebb’s landscaping and Candy Jar and enjoyed the theater in the park performance at the end of the event.

It was a beautiful – and very fun – Saturday afternoon and we were very honored to enjoy it with hundreds of our neighbors who also attended.