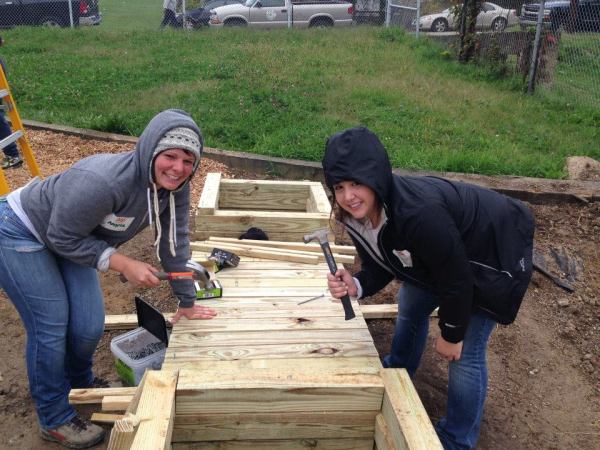 One of the newest members of the Williams team was recently awarded the American Society of Civil Engineers’ (ASCE) top honor.

Angela Mayer, who joined the Asset Integrity group in January, has been named the ASCE Pittsburgh Section Young Civil Engineer of the Year for 2014.

The award is given to an outstanding young engineer under age 35 who has demonstrated exceptional and innovative work in the field of engineering, is working to advance the profession, and is active in the Pittsburgh chapter of ASCE.  Angela received the award during a ceremony in February.

Although she has only been at Williams for a few months, Angela says the experience has been a stellar one so far.

“My team is great and my manager has been really supportive of me since the first day. Their willingness to help me succeed is indicative of how Williams treats its employees,”  Angela says.

When Angela isn’t hard at work in the Pittsburgh office, she is actively involved in ASCE’s outreach program including volunteering with Kaboom, a non-profit organization that renovates playgrounds in under-served communities nationwide. Next month, she will judge a student engineering competition at Pennsylvania State University.

“I want to dispel the myth that the only thing civil engineers do is build bridges,” comments Angela. “I want students to see there are many opportunities available to civil engineers especially in the energy field.”

Angela has been an active member of ASCE for the past 6 years including serving as a Past President. She currently sits on the organization’s board of directors.