“One man’s trash is another man’s treasure.” At Williams’ natural gas processing plant just outside Durango, Colorado, instead of pumping heat into the atmosphere, we’re capturing it to make electricity – and we’ve been doing it for more than 30 years.

It all started back in 1984 when plant personnel wanted to increase the efficiency of the processing plant that separates out the components of the natural gas stream (methane, as well as natural gas liquids such as ethane, propane, butane, natural gasoline, etc.).

As the leading gatherer and processor of natural gas in the San Juan Basin, the team decided to make a long-lasting investment that would increase the plant’s liquids extraction capabilities, generate electricity and help the environment.

As part of this efficiency project that included installing a cryogenic turboexpander to separate the methane from the liquids, the team installed GE turbines with waste heat boilers. Then, they went a step further by adding a steam turbine generator package, the key to producing electricity. 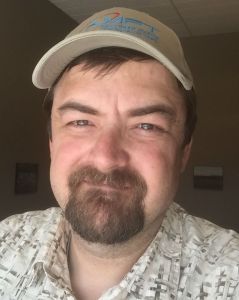 “These waste heat boilers generate 600 pounds per square inch (psi) of superheated steam,” says Mike Jordan, supervisor of operations who has been with the company the past 17 years.

“The 600 psi of steam is used primarily to drive our steam turbine, which runs a 6.2-megawatt rated generator. The exhaust of the steam turbine is 60 psi steam,” Mike explains. “We use this low pressure steam for heat in processes throughout the plant and also for building heat. This steam is condensed back into water during this usage and is sent back to the boiler feed system and reinjected into boilers to make steam again.”

Today, the plant produces an average of about five megawatts of power per day. And under Colorado’s Renewable Electricity Standard, this is an eligible source of recycled energy. Under this standard, recycled energy systems must have a nameplate capacity of 15 megawatts or less, convert the otherwise lost energy from the heat from exhaust stacks or pipes to electricity and not combust additional fossil fuel to be eligible.

“We’re fortunate to have two power supplies at our plant,” Mike says. “That means reliability for our customers and an average of 75 percent savings on our electric bills at the plant.”