Natural gas fuels a third of U.S. electric power generation and heats half of the country’s homes — and those numbers are climbing. But despite historic lows in natural gas prices, America’s lack of natural gas pipeline capacity has prevented most consumers from fully realizing the advantages of this abundant, reliable, affordable and environmentally responsible resource. Atlantic Sunrise will help solve this problem by adding much needed pipeline capacity, which is why many Americans will be glad to know that on May 5, 2016, the Federal Energy Regulatory Commission’s (FERC) draft Environmental Impact Statement (EIS) concluded Atlantic Sunrise will have a “less than significant” environmental impact with the implementation of mitigation measures proposed by the company and FERC. 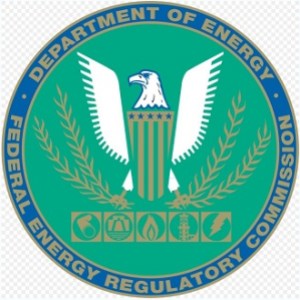 “This is a significant milestone for the project,” said Project Director Chris Springer. “We believe the DEIS positively reflects our efforts to collaborate with other stakeholders to design this project in a manner that minimizes environmental impacts, while ultimately accomplishing an important goal of connecting consumers all along the East Coast with abundant, cost-effective Pennsylvania natural gas supplies.”

Since Atlantic Sunrise was introduced in 2014, Williams has adjusted much of the original project route based on feedback from landowners and other stakeholders. Williams is continuing this collaborative approach as it works to identify opportunities to further reduce environmental impacts.

“Natural gas is accelerating our country’s efforts to reduce air pollution, and pipeline investments like Atlantic Sunrise will help connect industries and electric power generators with this cleaner energy resource,” added Springer. “Thanks to natural gas, the U.S. leads the world in carbon-emissions reduction. Projects like Atlantic Sunrise are critical for our country to continue to not only reduce carbon emissions but to also reduce consumer costs.”

Williams owns and operates the Transco pipeline, which delivers about 10 percent of the nation’s natural gas. Atlantic Sunrise will be part of the existing Transco natural gas pipeline system in eastern Pennsylvania, designed to transport enough natural gas to serve approximately 7 million homes. It is expected to be in service by the second half of 2017.

Penn State University researchers forecast the Atlantic Sunrise project to directly employ approximately 2,300 people in 10 Pennsylvania counties during the project’s one-year construction phase, resulting in an estimated $1.6 billion increase in economic activity in the project area. The expansion will help support meaningful economic recovery for an energy industry that has become foundational to Pennsylvania’s economy, supporting an estimated 72,000 jobs and contributing more than $34 billion to the state’s economy.