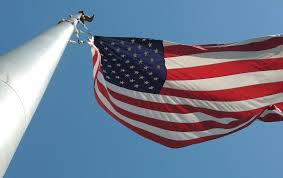 Stephen Moore, a senior fellow at the Heritage Foundation writes in the Boston Herald that the U.S. is well on its way to becoming energy dominant, as the country is expected to surpass Saudi Arabia in oil and gas by the end of the year.

In his opinion piece titled, “Shale oil policy puts U.S. in driver’s seat,” Moore argues that shale oil and gas revolution is the story of the decade.

He writes that since 2007, U.S. oil and gas output has risen by about 75 percent, and the renaissance is still in its infancy stages.

The Wall Street Journal confirms that U.S. oil production “is expected this year to surpass Saudi Arabia’s” and that we will rival Russia for No. 1 in the world. American production will rise to almost 11 million barrels a day, the most ever in American history.”

Moore says that America is now selling more than a half-million barrels a day, and the country is getting very close to the day when it becomes a net exporter of oil, reducing our trade deficit by more than $200 billion a year.