According to the U.S. Energy Information Administration, the U.S. remained the world’s top producer of petroleum and natural gas hydrocarbons in 2017, reaching a record high. 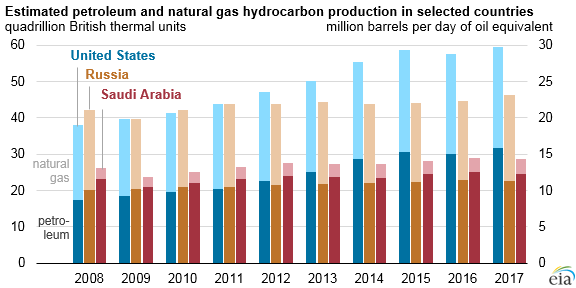