Thanks to increased production and new technologies, which have decreased the price of natural gas, Pennsylvanians saved more than $30.5 billion between 2006 and 2016, according to a new state report recently released by Consumer Energy Alliance (CEA). 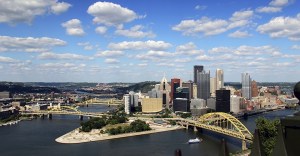 Residential users alone saved almost $13.3 billion, while commercial and industrial users saved upwards of $17.2 billion, the report, titled “Everyday Energy for Pennsylvania,” said. The analysis examined how the shale revolution across the Marcellus region has provided benefits to the Keystone State’s end-use energy consumers by boosting disposable income and economic investment, as well as revitalizing communities.

The report notes that half of all Pennsylvanians rely on natural gas as their primary heating fuel and a growing number of electric generation facilities are utilizing natural gas to power the state. Electricity accounts for nearly half of the natural gas consumed in Pennsylvania.

In 2017, high production rates in the Marcellus region generated high demand for pipeline transport of natural gas supplies. Because of this increase, Pennsylvania saw the oil and gas pipeline industry grow 153.5 percent – creating jobs for over 21,000 workers.

A good example of this growth was Williams’ Atlantic Sunrise pipeline project, which was forecasted by Pennsylvania State University researchers to directly and indirectly support approximately 8,000 jobs in the 10 Pennsylvania counties during the project’s construction phase, resulting in an estimated $1.6 billion economic impact in the project area.