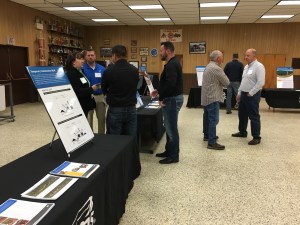 Williams, which operates the Transco pipeline, is in the early stages of the expansion, which will allow gas producers to further connect supplies of natural gas in northern and western Pennsylvania with the Atlantic Seaboard by 2021.

The Leidy South project includes the addition of 3.5 miles of new pipe along the existing Transco pipeline corridor in Lycoming County, in addition to facility additions in other counties, ultimately expanding the Transco pipeline’s Marcellus and Utica takeaway capacity by 580,000 dekatherms per day — enough natural gas to meet the daily needs of about 2.5 million homes.

Williams is seeking input from citizens, government entities and other interested parties to identify and address potential siting issues.

Those attending had an opportunity to review maps, ask questions to project team 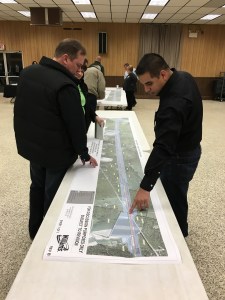 members and provide feedback. Company officials were on hand to provide additional information about the proposal and the federal regulatory process.

A representative from the Federal Energy Regulatory Commission was also in attendance.

Williams anticipates finalizing the project proposal and filing a formal application with the commission in the summer of 2019.