Just in time for this winter’s heating season, Williams has fully completed an energy reliability project in the northeast. The Leidy South expansion helps the existing Transco pipeline system […]

Facilities associated with Leidy South, an expansion of Williams’ existing Pennsylvania clean energy infrastructure, were placed into service in November 2020, a full year early, just in time for […]

A new project to provide clean energy to serve the Mid-Atlantic and Southeastern U.S. has received federal approval to move forward. It is designed to provide enough natural gas to serve the […]

When engineering graduate Wendy Wagster joined Williams in 2005 as a Houston-based designer of compression stations, she was excited to spend time at several field locations seeing the ins and outs […]

Williams’ Transco interstate pipeline filed an application with the Federal Energy Regulatory Commission (FERC) seeking authorization for its Leidy South project, which is proposed to connect […] 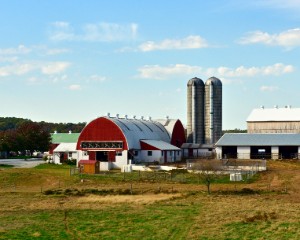 Williams is currently working to develop a Certificate Application for the Leidy South project that will be filed with the Federal Energy Regulatory Commission (FERC) later this summer. The […]