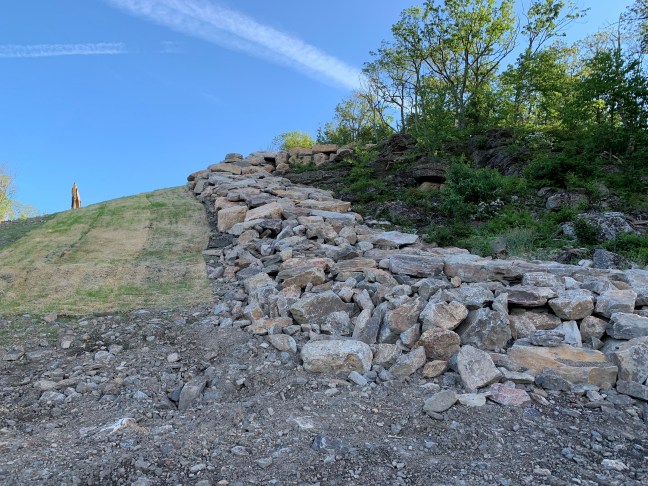 Woodrat habitat on the pipeline right of way. 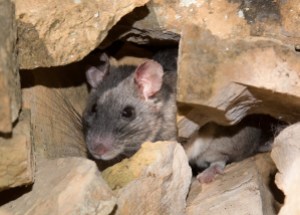 A peculiar rock structure on Williams’ pipeline right of way in Northumberland County, Pa., is helping to protect a rare species of woodrat.

Williams partnered with the Pennsylvania Game Commission to help protect the Allegheny woodrat, a threatened species once considered a common resident of Pennsylvania’s mountains.

During right of way restoration work associated with Williams’ Atlantic Sunrise pipeline project, the company coordinated with the Pennsylvania Game Commission to construct two woodrat habitat rock structures in an area known to be home to the vulnerable species.  Woodrat habitat typically consists of rock outcrops, boulder fields, or caves in forested areas.

Following the pipeline’s installation, construction crews worked for approximately two months to carefully build the woodrat habitat area, which consists of more than 6,400 tons of rock designed and strategically constructed in a manner to allow the woodrat population to thrive.

“We coordinated very closely with the Pennsylvania Game Commission to ultimately achieve what we believe is a very positive result,” said Williams Project Director Chris Springer. “Although this specific habitat project is unique for Williams, our willingness to partner with agencies to develop and implement creative, effective wildlife mitigation programs is part of our commitment to building projects in an environmentally responsible manner.”

The rock structures are designed to provide the Allegheny woodrat with a transportation corridor for safe movement in the area, protecting the species from potential predators.

Allegheny woodrats have been in decline for over 30 years. This decline is primarily due to the loss of food sources, such as the American Chestnut, as well as the spread of disease.