Consumers should be thanking Pennsylvania, West Virginia, and Ohio for supplying increasing amounts of natural gas – now our most vital source of electricity and the fuel that has led to drastic declines in CO2 emissions.

Those are the sentiments expressed in Forbes Magazine by contributor Jude Clemente in his June 25 column, “The Northeast Natural Gas Pipeline Buildout Is Coming.”

Clemente writes that thanks to the Marcellus and Utica shale plays, Appalachia will easily be the largest supplier of new natural gas in the U.S.

“Being a new major gas producing region, entire Appalachia needs more gas infrastructure to move gas to markets. We keep hearing about the pushback on pipelines, but make no mistake: the buildout is on. In charge of approving interstate pipelines, FERC in 2016 approved  almost 40 major pipeline projects across the country, covering 1,200 miles, over 14 Bcf/d of new capacity (total national consumption is around 75 Bcf/d), and over $10 billion in new investment.”

The majority of new pipelines proposed to be built in the eastern third of the U.S., with a concentration in the Marcellus and Utica shale states of Pennsylvania, West Virginia, and Ohio.

He continues: “As natural gas continues to rise in the U.S. electric power system, doubling its market share of our power generation to 35% since 2005, more infrastructure to move gas is crucial. Again, a headline not from Fox News but from The New York Times: “Shale Gas to the Climate Rescue.”  That fact is clear: more natural gas is the primary reason why the U.S. power sector is UNIQUELY lowering CO2 emissions, when compared to other sectors. Check U.S. Department of Energy data here.”

Across the U.S., there is a growing push to utilize natural gas to supply reliable electricity, reduce emissions, and cleanly backup intermittent wind and solar power.

Clement writes that in the Northeast, more gas pipelines are indeed coming, perhaps more than 20 of them, with some 18-20 Bcf/d of new takeaway capacity by 2022.

“This will allow this once constrained gas market to continually reach even more end-users downstream and increase gas-on-gas competition. In fact, Appalachia  gas will be fueling mushrooming gas power plants across the country and even distant LNG export terminals along the Gulf. Natural gas is surging toward being 50% of all U.S. generation capacity.” 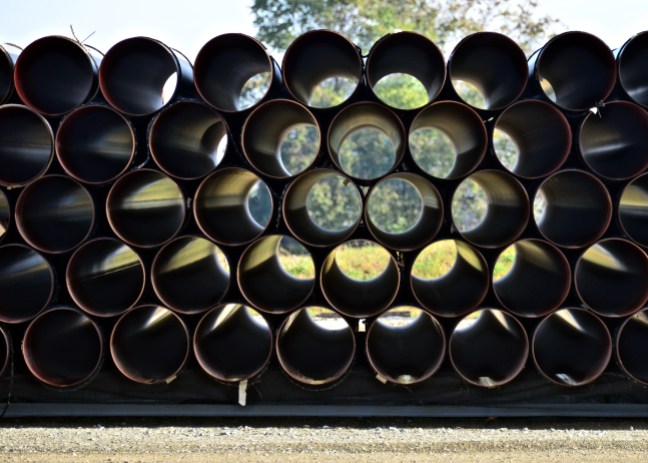