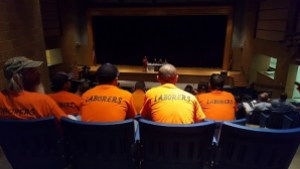 Four public hearings were held to gather public testimony regarding two specific permits under technical review by PADEP — one regarding water obstruction and encroachment, and the second in regard to earth disturbance.

The Federal Energy Regulatory Commission (FERC) approved the nearly $3 billion Transco pipeline expansion earlier this year. The PADEP permits are among the last needed in order to begin construction on the greenfield portion of the project, which includes adding nearly 200 miles of new transmission pipe and two new compressor facilities.

Atlantic Sunrise has gotten much attention in Pennsylvania from groups both for and against the proposal. However, the vast majority of commenters who spoke during the four public hearings were overwhelmingly supportive.

“Manufacturers depend on affordable natural gas to remain competitive. Projects like the Atlantic Sunrise Pipeline are vitally important to the productive sector of our Commonwealth’s economy,” said David Taylor, president of the Pennsylvania Manufacturers Association.  “Affordable gas is simply not getting to market because we lack pipeline capacity.” 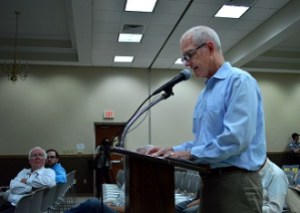 Of the more than 100 speakers who provided testimony to PADEP, the majority expressed support for the project.

In recent months, the Atlantic Sunrise project team has been working diligently with business groups, chambers, organized labor, and others to educate stakeholders on the vital role the project will play in supporting tens of thousands of jobs tied to Pennsylvania’s natural gas industry.

The fruit of that effort was evident not only during the PADEP public hearings, but also with the recent delivery of a petition signed by more than 3,000 supporters to Pennsylvania Governor Tom Wolf requesting swift state regulatory approval of the project.

Construction on the Central Penn Line (the greenfield portion of the project) is targeted to begin in the 3rd Quarter of 2017, which would allow the full project capacity to be placed into service in mid-2018.

Once complete, the Atlantic Sunrise expansion will help alleviate infrastructure bottlenecks in Pennsylvania, connecting abundant Marcellus gas supplies with markets in the Mid-Atlantic and Southeastern U.S. The nearly $3 billion expansion of the existing Transco natural gas pipeline is designed to increase deliveries by 1.7 billion cubic feet per day (enough to provide service to seven million homes). Williams Partners’ net investment in the Atlantic Sunrise project is expected to be approximately $1.9 billion.