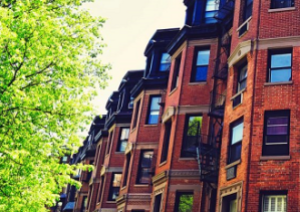 An overwhelming majority of voters in Connecticut, Massachusetts, New Hampshire and New York support energy delivery of transportation fuels and the use of natural gas infrastructure – including the approval and construction of more pipelines in the region, according to a new poll from Consumer Energy Alliance (CEA).

Among the most important of the survey’s findings are that:

The polling was done to examine how much support energy infrastructure and pipelines have throughout the U.S. Northeast, home to several very high-profile public debates and other key energy issues among voters – and what role each or all could play in the 2018 elections.

Other key findings from this poll include:

“Northeastern governors, legislators, and regulators should pay close attention to these results. Despite what you are hearing from the loudest anti-energy voices, the vast majority across New England and New York want a rational, balanced debate that protects, maintains, and grows steady supplies of affordable and reliable energy made possible by pipelines,” CEA President David Holt said. “Families, small businesses, and manufacturers in these states are struggling with exorbitant electric rates and need vital pipeline infrastructure to protect their livelihoods and keep the economy moving.”

The poll found that 86 percent of voters in Connecticut, Massachusetts, New Hampshire and New York say energy will be important in how they vote in next year’s election cycle.

There is one area of concern: Per the poll’s findings, there’s an apparent disconnect or lack of understanding from respondents as to how pipelines and other related energy infrastructure impact fuel and electricity prices. Only 6 percent of respondents identified a lack of pipeline infrastructure as a key driver in the region’s high electric rates.