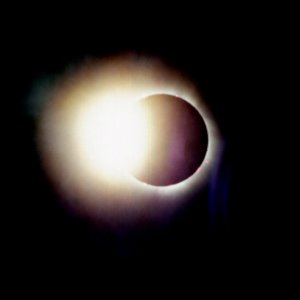 As we look forward to the upcoming solar eclipse on Monday, August 21, it’s an important reminder of the important role natural gas plays in making solar-powered electricity possible.

The technology to store solar power when the sun isn’t shining doesn’t exist. Even a short loss of sunlight caused by an eclipse will create issues for solar electric power generation.

In California, the solar industry has been actively preparing for how to mitigate the issue. The solution? Natural gas.

In a recent article titled “The Coming Solar Eclipse Is a Big Moment for Natural Gas,” Fortune Magazine reported that natural gas is about to get a glimpse of its future role in the U.S. power mix as solar energy’s backup.

“To help keep the lights on, the California Independent System Operator will tap the state’s network of gas generators and hydroelectric dams to make up for the loss of about 6 gigawatts of solar output over three hours. Duke Energy Corp. said it will utilize gas generators in North Carolina, the biggest solar state after California, to make up for output that is expected to sink 92 percent to about 200 megawatts in 90 minutes.”

In the article, Steve Krum, a spokesman for First Solar Inc., the largest operator of solar plants in the U.S., explained that events like this are handled similar to a planned outage and routine operations. And Stephen Berberich, the president of California’s grid operator California ISO, told Fortune that natural gas will continue to be an important part of the state’s backup energy supply for renewables:

“The ‘electric grid of tomorrow’ will increasingly have to deal with fluctuating power supplies from the wind and sun while incorporating quick-start gas turbines during events like the upcoming eclipse.”

The upcoming eclipse is good evidence that natural gas does not impede the growth of renewables. Rather, natural gas and renewable industries work together to provide our country with reliable, clean and affordable electricity generation.