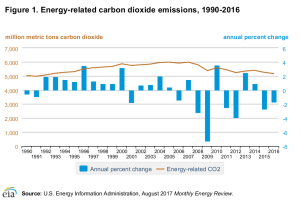 According to the EIA, 63 percent of energy-related carbon emissions reduction in 2016 can be credited to the utilization of cleaner-burning natural gas for electricity generation.