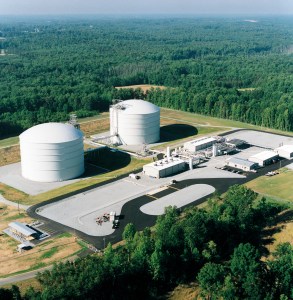 Placed into service in May 1999, the plant serves as both a winter and summer peaking facility, sending out natural gas to serve Transco pipeline customers in the Southeast during the coldest and hottest days of the year.

One of the largest facilities of its kind, the Pine Needle plant is uniquely positioned in North Carolina in a region with limited natural gas storage options.

Before Pine Needle was operational, Williams customers had limited service flexibility in states like North Carolina. There was gas storage along the Gulf Coast and some in the Northeast, but peak day storage in the Mid-Atlantic region was something customers desperately needed.