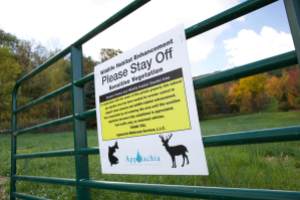 The increased use of natural gas in electricity generation contributes to long-term “climate stabilization objectives,” according to a new study published in Nature.

“We found that the coal-to-gas shift is consistent with climate stabilization objectives for the next 50-100 years. Our finding is robust under a range of leakage rates and uncertainties in emissions data and metrics. It becomes conditional to the leakage rate in some locations only if we employ a set of metrics that essentially focus on short-term effects. Our case for the coal-to-gas shift is stronger than previously found…”

The study is unique in that it is the first to employ a “multimetric approach” to analyze the impact which takes into account “short-term (a few decades) and long-term (about a century) climate impacts.”

In addition to climate impacts the study notes that increased use of natural gas to meet energy demand also could lower emissions of other air pollutants and improve air quality.

The findings of the Nature study also align with the latest EPA data which show that greenhouse gas emissions in the United States fell 12 percent from 2005 to 2017 while natural gas production increased 51 percent.