Report: Gas power on the rise in the South | Williams Companies

Natural gas continues to fuel the power generation market in the southeastern U.S., accounting for 42 percent of electricity generation last year — far in excess of the national average of 34 percent.

According to the U.S. Energy Information Administration, coal’s share of total electricity generation in the South declined over the past decade, from 50 percent in 2006 to 29 percent in 2016. As the use of coal has declined, the use of natural gas has increased. 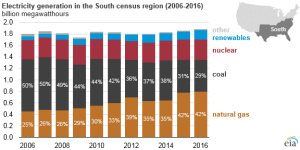 A good example of this shift is Williams’ Virginia Southside II project, which was placed into service Dec. 1 to provide gas service to Dominion Virginia Power to fuel a new 1,580 MW power plant in Greensville County, Va.

The popularity of natural gas has been driven by low gas prices, stringent environmental regulations and the need for plants that can come up to power faster to back up increasing renewable energy sources.

According to EIA, coal’s share of total electricity generation in the South has declined significantly in the last decade, going from 50 percent in 2006 to 29 percent in 2016. 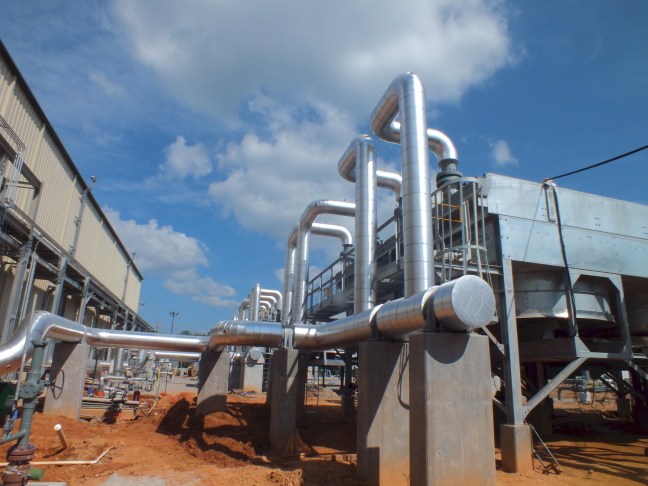