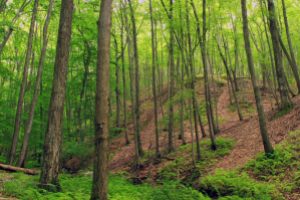 The company joined federal, state, local and private partners who gathered to applaud the multi-year effort that has established a core, protected area in the Refuge and secured more than five miles of the Appalachian National Scenic Trail.

Beginning in 2014, The Conservation Fund, the U.S. Fish and Wildlife Service (USFWS), and the National Park Service, together with various other partners, set out to acquire 4,350 acres of land from Pennsylvania-American Water Company for the Refuge. In 2017, The Conservation Fund transferred 1,731 acres to the USFWS. The remaining 2,619 acres were recently conveyed to the Refuge with funding from the federal Land and Water Conservation Fund (LWCF) and other partners, including voluntary funding from Williams in connection with the construction and operation of the Atlantic Sunrise natural gas pipeline project.

“At Williams, we have a track record of strengthening communities, and this project is a great example of how we successfully collaborate with conservation organizations and regulatory agencies to deliver meaningful, lasting environmental benefits that will be utilized and enjoyed by Pennsylvanians for generations,” said Alan Armstrong, president and chief executive officer of Williams. “Demonstrating the significant results that can be achieved through private-public collaboration is something Williams will continue to support as there are many more opportunities to provide a net positive benefit to the environment when we unite and focus on what we can do together.”

Opened in 2008, Cherry Valley National Wildlife Refuge was established in part to ensure the protection of the federally-listed threatened bog turtle, which can be found in wetlands throughout the valley. The new Refuge lands are an important part of Pennsylvania’s largest Important Bird Area, a globally-significant fall migration flyway used by tens of thousands of raptors and vultures and millions of songbirds. In addition, the forest habitat is one of the highest ranking in a statewide forest priority assessment, supporting breeding populations of cerulean warblers and other neo-tropical migratory bird species.

Learn more about the event here.