According to a new report, the expanded use of natural gas combined with increases in energy efficiency has helped New York City’s largest buildings reduced carbon emissions by 14 percent and energy use by 10 percent between 2010 and 2015.

The new report, “Greener, Greater Buildings Plan,” was issued by the mayor’s office, the Urban Green Council and NYU’s Center for Urban Science and Progress. The report, which recorded the energy and water use of 4,200 buildings in Manhattan, outlined the importance of ensuring energy efficiency in the city’s building sector. 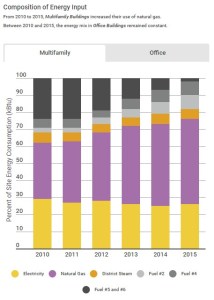 The report notes that transitioning to natural gas is initially more expensive, because new equipment is required, but more cost-effective for consumers in the long run due to lower natural gas prices.

Switching away from heavy fuel oil to cleaner fuels like natural gas has reduced emissions and improved measured air quality around the city. Soot levels have dropped 18 percent and winter sulfur dioxide levels have dropped 84 percent between 2008 and 2015.

It adds, “The risks that poor air quality pose to public health have been well documented and the fuel switching program has made tremendous progress toward making New York City air healthier and safer to breathe.” 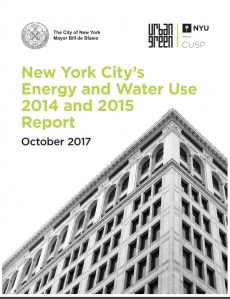